One of my big dream is to recreate the Battle and Siege of Turin in 1706. But to recreate this big battle I needed to have the bastions of the citadelle of Turin (and hopefully also the walls of the town). On internet there is just one seller (paper - terrain) but not as I wanted and of the dimension I wanted.
So I started the crazy idea of building my own bastion all in paper.
Well it was a real hard task, because of the difficulty of the proportion, the problems with the walls and the internal part of the bastion; the result was quite good, but time spending for doing one was almost 2 weeks and Turin in 1706 had 5 of these bastions as you can see in the above sketch 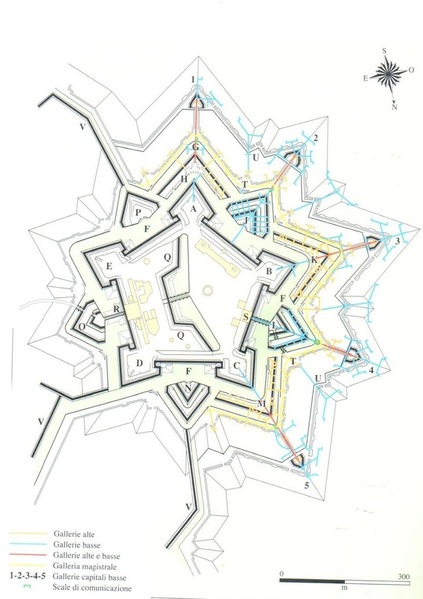 Then I started with the walls

The walls has been covered with  paper painted with bricks and the same for the grass. In yellow it's possible to see the structure of the bastion.

Above there is the bastion as I thought it was to be done. Actually I saw that the center of the bastion was like uncompleted and I decided to build there a storage, as you can see in the following pictures.